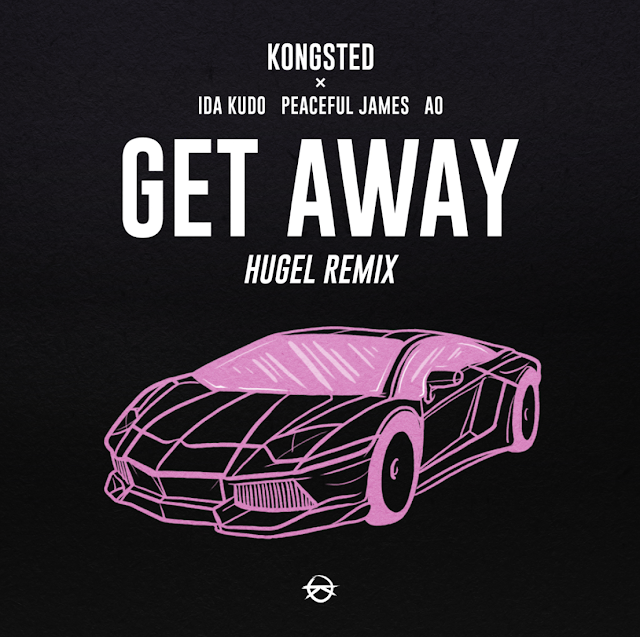 Hugel, known for his collaboration with Robin Schulz on ‘I Believe I’m Fine,’ has recently remixed another stellar track – Kongsted’s new single, ‘Get Away.’  He has racked up close to 20 million combined Youtube views, and his renowned remixes have covered David Guetta, Robin Schulz, Akon, The Avener, Feder, Bakermat and Lost Frequencies. Cited by DJ Mag as one of France’s most influential DJ’s he has performed at festivals across the globe, including Lollapaoloza Berlin, and supporting David Guetta at Ushuaïa Ibiza and Robin Schulz’s European Sugar Tour.

Kongsted rose to fame after being hand-picked by by acclaimed international DJs such as Pete Tong, AVICII, Tiesto and Martin Garrix during their trips to Denmark. He has surpassed over 45 million combined streams. His awards include Club DJ of The Year, Danish Deejay Favorite Of The Year, Dancechart.dk Award and The Voice Clubbing Award, which he was nominated for four consecutive years in a row, winning in both 2010 & 2011.

The fresh reworking retains the catchy core that made it anthemic in the first place. The combined talents of two master DJ’s come to the fore in the form of driving rhythms and euphoric melodies, creating a flawless mix.

Hugel produces sterling remix of Kongsted’s ‘Get Away’