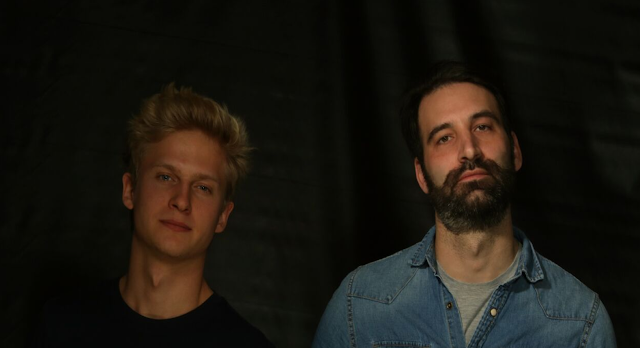 Rising french producers Millesim are redefining melodic chill wave and french house music. Spotted on Soundcloud through their hit remixe, the duo has reached millions of plays, and caught the attention of international acts Kygo. They also released an official remix for the Swedish superstar Zara Larsson in 2015, earning more than 4 million plays.

The group has become a reference for influential electronic music blogs as Electro Posé, Riptide Chill and Dealer de Musique, which regularly solicit them for broadcasting mixtapes.
In the springtime 2015, they released their first single in collaboration with Sophie Galpin (who also featured with The Magician on single “In My Brain”). They recently released a second original track with Sean Bradford, and then a third one with Mafalda, entitled “Figured Out”, a colorful chillwave sound supported by Martin Solveig, Robin Schulz, Bakermat and playlisted on French wave Radio FG.

Their debut EP Elixir, reached four corners of the globe, and marks a break with their work so far. Recently signed on Soundplate Records (London) and in partnership with Kitsuné (Paris) to premiere the first single, Elixir is expected early summer 2017.

We hooked up with this dynamic duo and had a chat with them about their music, producing and what we can look forward to…

Hi there, how are you and what are you up to today?
Hi! We are really fine, thanks! We are about to finish our studio session, thinking already about new projects, since we just ended our first EP, called “Elixir”, which will be released in June on the Soundplate Records London label, together with a first single premiered soon on the Kitsuné Paris label.

To those not familiar with you, how would you describe your sound?
We compose house music, more specifically “chillwave” and “summer” vibes with efficient melodic lines. We also play more funky and dynamic “club” sounds during our DJ sets. Indeed, we love playing with different bpms, we’re committed to bringing audiences far and wide with our music and avoiding, above all, linear sets.

What are the 5 albums that have influenced you the most?
Considering our music, it’s hard to talk about albums since we mostly listen to smaller formats such as EPs or singles, often unofficially released. However,  we’ve certainly been  influenced  by Patlok’s ‘Crystal Ball’ and ‘My Own Throne’, Gigamesh’s Time Travel, Darius’ Romance, Kartell’s Last Glow and other artists like Kaytranada, Viceroy and Jerry Folk.

Which other artists are you into at the moment and why?
We wish to mention some of our friends, Phenôm and Wor’King, with whom we share some of our studio sessions and work on the tracks. As well, Napkey, who released his first album, and sometimes plays guitar chords for our tracks.

Are there any key pieces of equipment that you are using to define your sound?
Since the beginning we have composed all our remix and originals with the software Logic Pro. We usually work with external plug-ins and synths as Serum, Sylenth, Massive, Korg.

What would you say some of the challenges artists face today in the music industry?
We think that music is easier to produce than before, as tutorials help creating new sounds, with a large range of synths and plugs. However, it’s more and more difficult to make your way through with a consistent project, since competition is tougher.

Where do you gather songwriting inspiration?
We mainly gather it in our home studio. We communicate a lot, sharing many songs, being actor of our musical culture. Travels are also a great source of inspiration, since some of the Elixir EP tracks were made between Sydney and Paris.

Take us through your songwriting process. Are there any particular steps you take when putting your music together?
It depends on the kind of project we work on, from remix or original song, to suggested acapella or blank page. Anyway, we first look for new melodies, new chords until we capture musicality. Then, we gather new synth tones and combinations, adding elements bit by bit until being carried away by the track.

What’s the best gig you have ever done and why?
We could say that Wanderlust Paris, where we performed our first DJ sets was a tremendous experience. We could also quote our gig at iBoat, in Bordeaux, where we played with Darius. There are really good vibrations there…

And the worst?
We cannot talk about that without being disrespectful with the organizers [Laughs]. More seriously, we, just like any artist, already did gigs in almost empty places, while we were expecting the crowd!

If you weren’t a musician what would you be?
Jean-Armel : As I was sales manager in the  retail sector, I would probably continue on this way ! But, fortunately, music has always taken a big place in my life!
Matthieu : As I am still (very) young, I can still say that my future is in front of me [laughs]. I’d like to manage a label and draw up other kind of music projects.

Do you have any particular gigs or festivals that you dream about playing?
J-A: Calvi on the rocks, in South of France. The place makes me dream!
Matt: I would say Stereosonic, or other Australian music festivals, there is a special atmosphere there…

Do you have any information regarding upcoming releases, projects or gigs in the pipeline that you would like to tell us about?
We’ll release a new remix on June 9 for the Danish group Sweet Tempest. We’ll also perform a set at the Kistuné Summer Party in London, on June 10, together with Oliver Nelson, Kartell, Le Youth and Just Kiddin. It will be a day and night outdoor party, ideal for the early summer!

INTERVIEW // We Catch Up With … Millesim