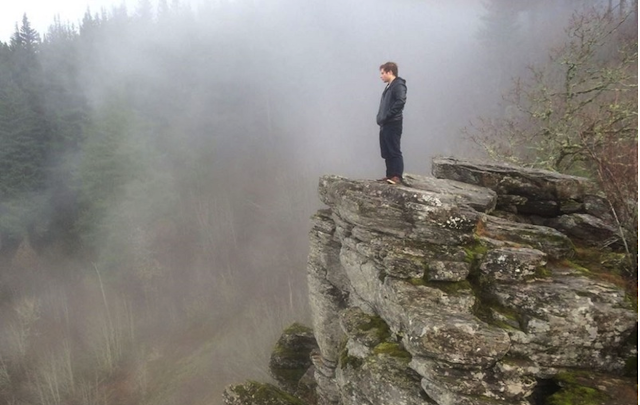 The artist is SizzleBird, a classically trained Violinist who began playing at age 5. Born in Barcelona, Spain, his family later moved to London to further his studies at the Purcell School of Music under Carol Slater. He later attended the Guildhall School of Music. It was here that he began to fall in love with electronic music.

SizzleBird blends electronic dance music with the classical sound of the violin in a harmonious sound that makes your soul dance. He has worked with the likes of Jaguar, Uber, Soundcloud and Whistler Blackcomb creating original commissions for music, video and advertising.

We caught up with Sizzlebird and interviewed him with him about his music, songwriting and the way forward:

Hi there, how are you and what are you up to today?
I’m well thanks, about to learn some basic ukulele so as to incorporate some live chords into some of my violin and electronic music fusions.

To those not familiar with you, how would you describe your sound?
I think it’s a mixture of emotion and chill giving the listener a powerful mixture of orchestral chords and harmonious melodies and the relaxing violin elements.

What are the 5 albums that have influenced you the most?
High Contrast – High Society
London Elektricity – Just One Second
Seven Lions – Creation
Jamiroquai – A Funk Odyssey
Antoine Dufour – Back and Forth

Which other artists are you into at the moment and why?
Really enjoying a guitarist called Erick Turnbull – some great harmonies and use of melody in his tracks. Lots of energy and a great sense of rhythm! Everything I enjoy in a track.

Are there any key pieces of equipment that you are using to define your sound?
My violin

What would you say some of the challenges artists face today in the music industry?
I think it’s difficult to not go it alone and try your own path. We are constantly being influenced by what is around us and labels try to snatch artists up and in some cases don’t give the artists a chance to be creative for themselves. It’s important to believe in what you want to express, not express what others want to hear.

Where do you gather songwriting inspiration?
From nature mostly, there’s something that always influences me every time I go for a walk in fields or woods. On the other hand, going to a good concert or a gig can get me inspired too!

Take us through your songwriting process. Are there any particular steps you take when putting your music together?
I usually start with a chord progression I would like in the track and then fiddle around with the sounds I would like to use. Then comes melody and usually I finish off with the drums. From here I record the violin and see what I can fit in over the soundscape. This isn’t always the structure I go for, but melody and harmony always take priority before anything else.

What’s the best gig you have ever done and why?
I’ve never gigged under Sizzle, but in the past I did play in a pub on an island which was really fun, all the locals enjoyed hearing us play a mixture of classical music and folk with some film music thrown in too!

And the worst?
Playing outdoors at a wedding was once quite tricky as the music would fly off our stands and we had to use pegs to keep them still!

If you weren’t a musician what would you be?
I think it would be interesting to be a biologist and become an expert on ants. They are creatures with an amazing sense of society and they are far better organised than us humans sometimes!

Do you have any particular gigs or festivals that you dream about playing?
It would be really great to play in festivals in general! Daytime sets at festivals like Glastonbury or perhaps Liquicity are up there with my to dos.

Do you have any information regarding upcoming releases, projects or gigs in the pipeline that you would like to tell us about?
At the moment I am working on a single titled Running Away. I have also had the luxury of working with someone on original artwork for this track! Should be something to look forward to.

INTERVIEW // We Catch Up With… SizzleBird

443
June 4, 2017
Previous articleKafuka Releases ‘Laws Of Nature’ Through Project Mooncircle
Next articleINTERVIEW // We Catch Up With … Millesim