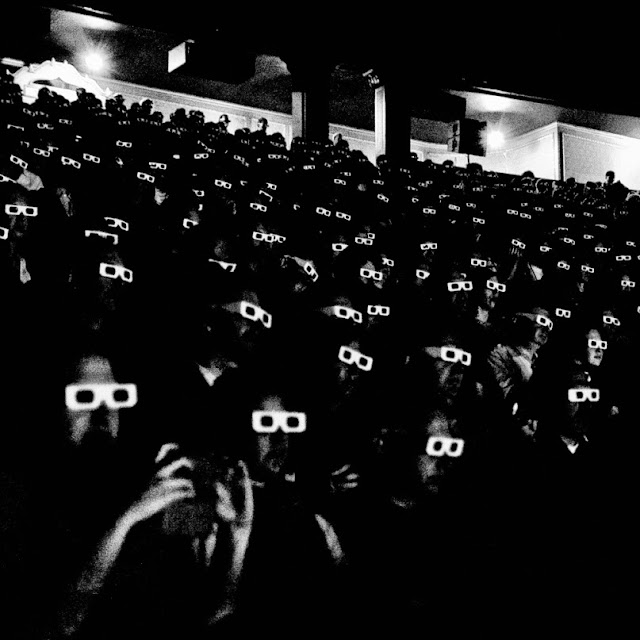 Kraftwerk have announced the dates and locations for the next leg of their KRAFTWERK – THE CATALOGUE tour. The German electronic group will be performing in Paris from November 6th to 14th and then Amsterdam early next year from January 16th to 23rd. The Amsterdam leg will take place at legendary live music space Paradiso whilst the Paris venue is yet to be announced.
Kraftwerk have already debuted this tour in London, LA and New York to rave reviews, proving that the godfathers of electronic music still have it. The show features the group performing tracks from their back catalogue of albums to the accompaniment of 3D visuals. In keeping with Kraftwerk’s lo-fi approach, audience members are given old school cardboard 3D glasses to view the visuals which are characteristically space-kitsch in design.
The running order for the tour is available here.