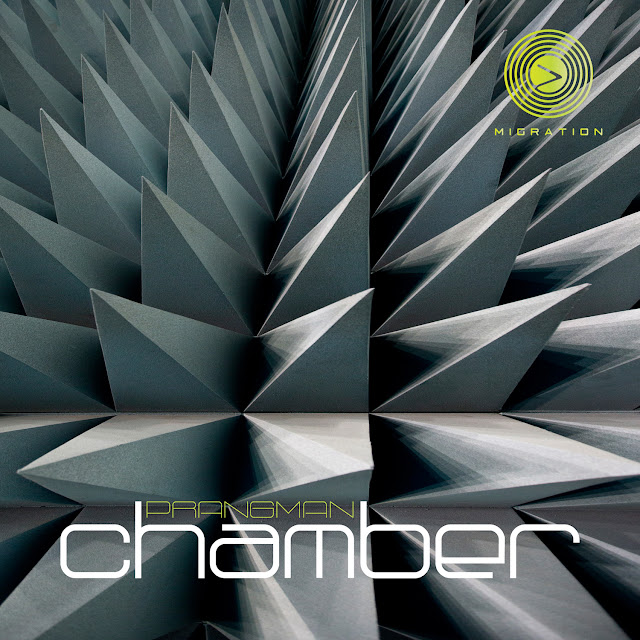 The new EP Chamber by bass and garage producer Prangman is out now via Migration Records, a sub-label of NexGen Music.
Dan Meldrum, aka Prangman, has received airplay from Rinse FM’s Marcus Nasty and has shared stages with the likes of Flava D, El-B, Wen, Khan & Nee, Mooney, Teebee, Wookie and DJ EZ and Jackmaster.
He performed at the 2013 Horizon Festival in Bulgaria and has held a residency at the Sous Sol event series, one of Leicester’s most established parties, as well as recently participating at Outlook Festival in Croatia alongside Digital Mystikz, Loefa, Mooney, and Killjoy.
His formative years were spent in Newcastle upon Tyne, where as a youngster he assisted as a DJ at his father’s pub. By age 13 he had started producing his own material. He later studied Music Technology at Leicester’s DMU, where he met various artists and producers. In 2005 he helped organize the weekly party “Hubstep” which ran until 2011. It was at this time that both the Prangman alias and the monthly “Sous-Sol Projet” event series were born and continue running today. His first major studio collaboration was with Lyndsey Murray on ‘Far Away’ in in 2011.
“Far Away,” the opening track of the EP, which features vocals by Lyndsey Murray and has been described as a sparse, rhythmic vocal breaks track, with overtones of acid jazz and soul. Murray’s husky vocal phrasing is offset by an understated keyboard progression that allows “Far Away” to breathe with the excitement of a new discovery.
Prangman explains the inspiration behind the new album: “I use brands, objects or places to influence my decision on track titles, this can help me direct the sound of the track or the choose samples required. I like to fuse genres together to make a whole new unique sound. I guess it all stems from the drum and bass days. I’ve always been a massive drum and bass head and love the neurofunk sub-genre”.
Chamber EP Track List:
1. Far Away (feat. Lyndsey Murray)
2. Sonics
3. Chamber
4. Kremlin