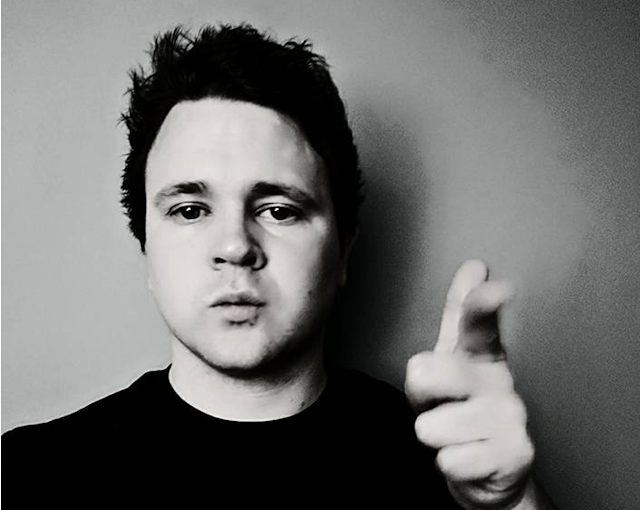 FVTURISTIC is a new project from a Perth based producer looking to combine Bass and House music into a fresh new Fvturistic sound.
Support has been far and wide already with supports from some of the biggest players in the game including Axwell & Ingrosso, Martin Garrix, David Guetta, Don Diablo , Tommy Trash as well as underground lords such as Moksi, & Drezo proving Fvturistic’s sound is equally at home in the underground clubs or the mainstage!Fvturistic’s music has also appeared on Diplo & Friends and SiriusXM in the States, several features on Beatport’s ‘Must Have Tracks” including his new track “CA$E” which broke into the Beatport Top 100 Charts! With releases and remixes on label’s like Ministry of Sound, Central Station & Klub Kids charting across Australia one thing is for sure, the Fvture is coming!
We hooked up with him to have a chat about his music, his inspirations and what the future entails in this gifted DJ’s career.

Hi there, how are you and what are you up to today?
Hi guys, thanks for taking time to chat! Literally halfway through finishing of a stack of projects and a few collabs to come!
To those not familiar with you, how would you describe your sound?
Future based and bass-heavy! I’m definitely looking to push the boundaries music wise and to create something that no one has heard before. The idea and motivation behind Fvturistic was that I wanted to produce music outside the trend jumping norms and to produce music that sounds like the future. No limits or genres, just sounds you’ve never heard before
What are the 5 albums that have influenced you the most?
Nuxx – Underworld Cross – JusticeRandom Album Title – Deadmau5Bloom – RufusSpecial mention to the old Ministry of Sound Compilations back in the days, definitely got me hooked with dance music.
Which other artists are you into at the moment and why?
With this project, I’m really looking to take sounds and ideas from a whole range of artists yet create something new and futuristic with it. Some of the artists I’m enjoying right are Joyryde, Billy Kenny, Drezo & Moksi. These artist have there own unique sound which inspires me to do the same!
What would you say some of the challenges artists face today in the music industry?
Cutting through the saturation of the scene, as soon as a sound gets hot everybody jumps on so its important to stay fresh and unique.
Where do you gather songwriting inspiration?
Honestly, I am an avid fan of heading out to as many parties and shows as possible of all genres of electronic music. Seeing what music is working on the floors and different artist’s perform live definitely gives me inspiration in the studio.
Take us through your songwriting process. Are there any particular steps you take when putting your music together?
Normally always start with a hook,melody or vocal, if you get these right everything builds around it.
What’s the best gig you have ever done and why?
I love those intimate club gigs where the club sweat drips off and the crowd is right on top off you. Ambar in my hometown of Perth definitely fits that vibe and is always rammed every time you play there.Have also been lucky enough to play in San Antonio in Ibiza twice, not much compares the island and the feeling you get when land there.
And the worst?
I once flew 5 hours interstate on a Thursday night to play to about 5 people always a humbling experience!
If you weren’t a musician what would you be?
Prior to producing, I used to run my own club nights and festivals around Australia, probably couldn’t keep away from the scene even if I tried!
Do you have any particular gigs or festivals that you dream about playing?
I really want to get over to the UK one day to be honest, absolutely loving the sound coming from there and the support my music gets from over there!I have also just moved to Sydney a few weeks ago and I’m really enjoying experiencing the local scene here.
Do you have any information regarding upcoming releases, projects or gigs in the pipeline that you would like to tell us about?
I have a release coming out with fellow Australian producer Clones (check him out you won’t be disappointed) and a few more bass heavy tracks in the works.Really looking forward to pushing a few new sounds/genres with my next few releases!
Connect with Fvturistic:
https://www.facebook.com/fvturisticaus
https://soundcloud.com/fvturisticaus
https://www.instagram.com/fvturistic_aus
https://twitter.com/fvturisticaus

INTERVIEW // We Catch Up With … FVTURISTIC