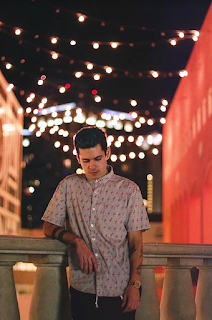 “From the second I pressed play I was drawn into the funky feel-good vibes of the track.”
YourEdm

Christian Ariza, or known by his stage name, RAD CAT, is a young producer with a vision. “Without You”, the latest single from UNTITLED, the self-produced EP from San Diego artist RAD CAT, to be released on 20th July has already received support from tastemakers publications COMPLEX, Run The Trap and Clash amongst others.

Utilising his signature sound and carefully constructing it to complement a diverse range of styles, it is this insightful approach to production that separates him from his peers. From the age of 16, he has been on a path of self-discovery to unearth who he is artistically. Starting off as a guitarist, he eventually discovered his affinity for EDM and became a self-taught producer. Now, at the age of  21, the artist has developed an appealing futuristic sound and is set to create waves with his versatile and multifaceted production techniques.

495
June 29, 2017
Previous articleFrythm Drops New Single // There For You ft. AVNDR
Next articleINTERVIEW // We Catch Up With … FVTURISTIC